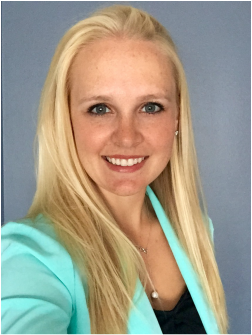 Mrs. Garlock is in her 14th year of teaching after graduating from Ashland University in 2007.
She studied with Stephanie Sikora, Rowland Blackley, Marla Butke and Donald Sloan for her undergrad work, and has continued graduate lessons with Stephanie.
Recently she completed her Master of Science in Education through Walden University, with a focus on Curriculum and Instruction.

Mrs. Garlock taught for 5 years in the Highland Local School District in Sparta, Ohio where she taught 6-12 Vocal Music.
In her time at Highland, Mrs. Garlock tripled the vocal music program, initiated a small show choir, and was active on and off-stage with all school musical productions. In her time at Highland, Mrs. Garlock was involved in the following shows:
*Hello, Dolly!
*Grease
*Wagon Wheels A-Rollin'
*Pirates of Penzance Jr.
*I Need A Little Christmas Vacation
She also became head costumer while at Highland and costumed all of the musicals and plays performed at the school district.

Music director for:
Grease
Hello, Dolly!
A Funny Thing Happened on the way to the Forum
Pirates of Penzance
Legally Blonde
Once Upon A Mattress
Into the Woods
​Mamma Mia!
The Little Mermaid